Getting The Details Right!

Part of working with studios on these big projects is getting the details right… I learned that there were three different models for all three films… each subtly different…  and that there were people who had already done a lot of the leg work to rectify some of these inconsistencies…  In comes Lora Johnson during the drawing process for the Millennium Falcon… Lora had worked on some of the earliest books and magazines called the Star Wars Technical Journals.

In speaking to her on the Falcon project one of the biggest misconceptions was the upper hatch Lando uses to save Luke who is hanging by a thread from the bottom of Bespin.   Many Cutaways have been drawn but only one has ever gotten this detail right… The first cutaway… My cut away.   All subsequent versions show the hatch to port but in fact the hatch in the film is on the Starboard side side. 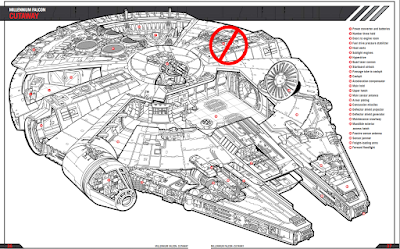 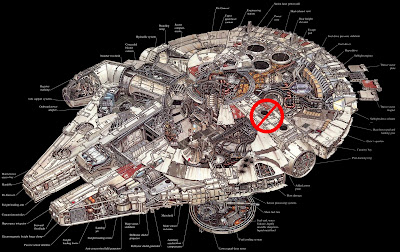 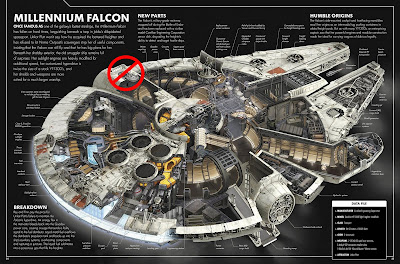 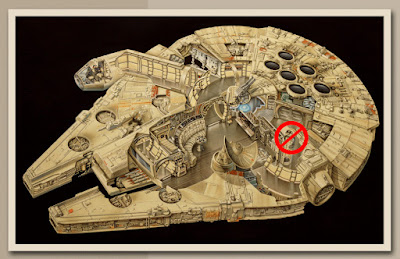 Port side no hatch! 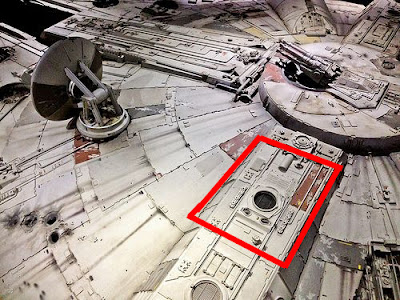 "After that I need to show that the lift-tube is not on the side that Lucasfilm put it in plans. These images show, categorically without any room for doubt, that the lift is on the starboard side of the ship. The images are reinforced with the logic seen on film: the movement of the ship under Luke to Starboard, and Lando taking him to Leia in the cockpit which is now closer and on the same side of the ship as the lift - instead of taking him from Port, past the medical bunk, to Starboard and then back to Port.

The surface details are from the 5 foot Falcon, Starboard side - not Port. The far-right image is the Port side - the details are completely different. " - CrazyCraig - RPF Board

The final proof comes with the use of light and perspective.... in the frame grab of the Falcon approaching Luke we see the relationship of light on the scene... the sunset like light is coming from the rear and starboard of the falcon and you can see the same light in the close up of the hatch...

What you can also see is the direction the Falcon is moving as Lando emerges establishing forward
momentum in the scene... The reward requires lightening the frame to see the curve of the top of the Falcon fall away towards starboard.  This is incontrovertible. 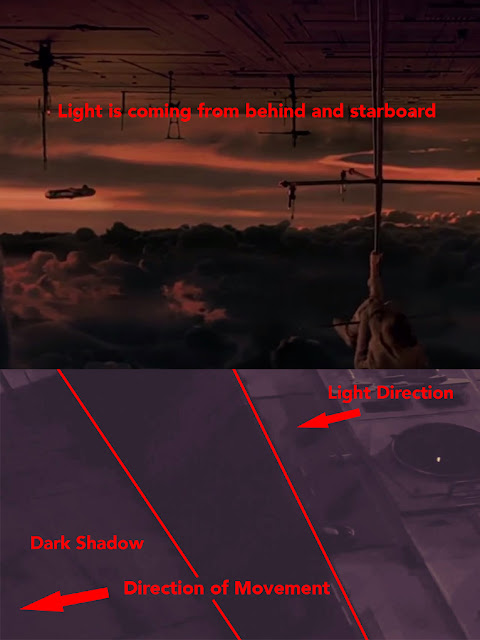 And that's why the first ever cutaway of the Falcon is the most accurate!  Now I’m sure there are tons of people who will vehemently disagree… Hell Lora will tell you even I was a hard sell initially but the proof is in the those small details and while Lucas film may have mental moved it post filming the facts remain that starboard is the answer! 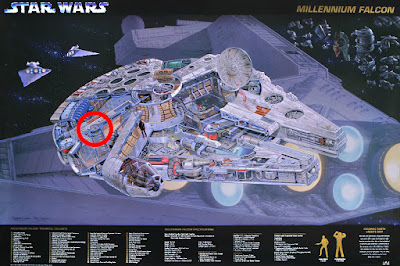 Posted by Christopher Cushman at 2:36 PM