An Extrodinary Journey - Part One

After getting stung so badly by the business deal I had with the first poster, reliving that was not something on my agenda. However I still had the want will and desire to continue my work on Star Trek and in someway Star Wars(though they both have different meanings for me). My Brother Matt was going to Ferris State University and essentially was taking the same major as I had taken. The Christmas of his last year he was contemplating his final project. For Christmas I gave him an original series Enterprise Model made by AMT and I let him borrow copies of my manuals and blueprints. I thought if I could do it so could he. At that time it was only a school project but he really through himself into it and soon he had a stunning illustration of the Enterprise. Quite remarkable in detail, right down to the pumbing... yes there were toilets!

I too was starting to think of some new ideas as I was really starting to dig Deep Space Nine the third series in the Star Trek world. At the same time I had heard of a Star Trek Group while visiting a convention at the Dearborn Civic Centre. A local group called the USS Intrepid. They were a large organization who ran the greenroom and provided refreshments at the convention. I had visited a couple times over the course of a couple years and I got to know some of the people. I would sign copies of my poster that were still selling like hotcakes! (I loved signing even though I never saw a penny from those sales) I had shared my story with one of the groups leaders who suggested that one of their members might be interested in picking up the mantle of what I had started. A Grosse Pointe Park business man named Martin Petz. I got his number and contacted him and shortly there after Matt and I had a meeting with him to show him what we had started. I conveyed my story to Martin and expressed my concern on how this would play out and Matt who was working for a patent law firm in Grand Rapids worked with Martin to draw up contracts that provided me with relative piece of mind. We were off once again. Matt was closest to completion as he submitted his school drawing to Paramount. There were more than a few changes and Matt worked very hard to make it just that much better. He contacted an expert on the Enterprise, someone who had direct experience with the actual filming model, Ed Miarecki. 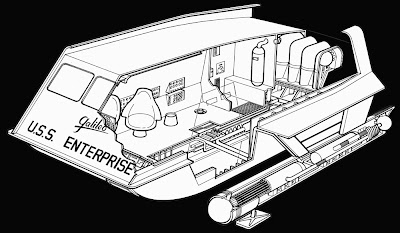 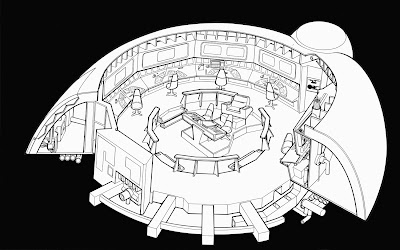 With many of the changes made to Matt's poster when for its color work. Detroit area artist Bob Kayganich took a retro look at the original Enterprise. It had a 60's feel reminiscent of some of the original AMT/ERTL Model box art. 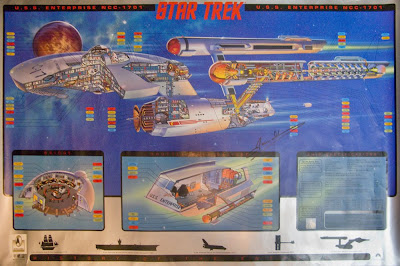 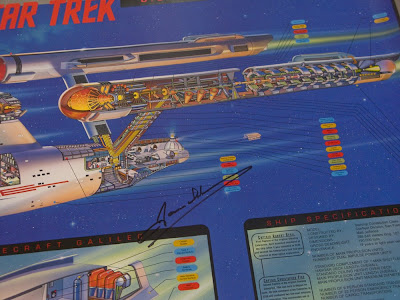 Matt's specialty was always the engines. One of the big changes from the school project to the final poster was the position of the engine room. It seems Franz Joesphs blueprints were not all to accurate in this area. There was a lot of commentary from the art department namely Mike Okuda which helped to fashion the engines in a way that lent themselves to a natural progression to the Next Gen engines.
This was uncharted ground which Matt helped to design. 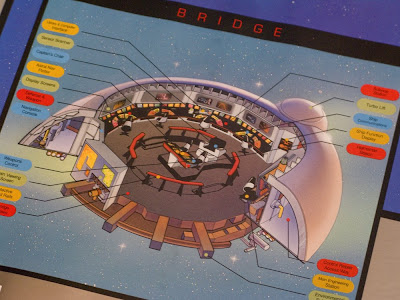 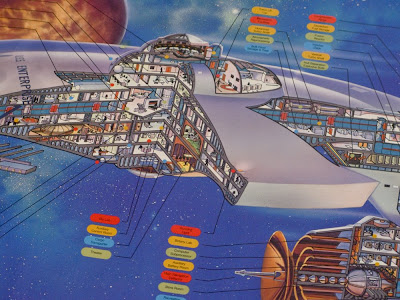 The Saucer section deck by deck including transporters, sickbay, and Kirk's Quarters! 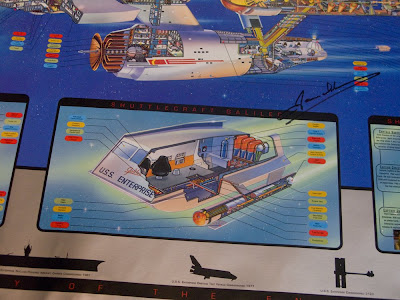 The Galileo 7 Shuttle Craft (notice the James Doohan signature on the poster...)

Matt's poster went on to be the biggest seller at SciPubTech proving the power of the original series is and continues to be the strongest. I am hoping this will carry through to JJ Abrams new film. (More on that later)

In part 2 I will talk about the DS9 poster and all the challenges it represented.
Posted by Christopher Cushman at 6:33 PM