Why I Live In Gene Roddenberry's World! 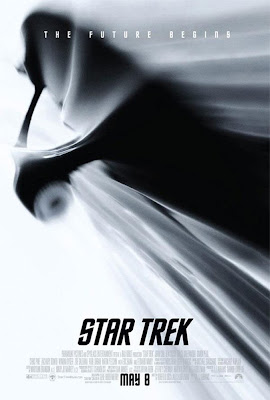 Lets get it out before I ramble on. I have seen the new Star Trek Movie! And I am not saying a word! Not because it wasn't good because it was! Oh boy was it good! I'm not talking because it's not out yet and I want you to see it and decide for your self... and so I will post my review before next weekend.

Tonight I want to talk about the world created by Gene Roddenberry and its importance to me and many others. I live in this world more often than not. I am aware it is not real yet its vision is one that I and others wish will come to pass more sooner than later. This is the world of Star Trek, this vision of our future is 300 years from now. In this future we have ended hunger and poverty, we have ended most disease and have created lives of personal fulfillment, contentment and peace. Racism is a pot no longer stirred on the planet earth. While commerce continues on some level, currency and rabid consumerism no longer exist. We have stepped off of this planet and have begun to venture out to other worlds. We have taken our new found understanding of diversity and our sense of curiosity and have started the journey to understand just how humanity fits in the larger universe.

Well fictionally It didn't come easy. Humanity couldn't come together until we persisted through a nuclear and biological war and a post-apocalyptic period in the mid-21st century akin to a modern dark ages. But we eventually came together again and we overcame many Earth-bound frailties and vices by the middle of the 22nd century, creating a quasi-utopian society where the central role is played not by money, but rather by the need for exploration and knowledge. It seems that the world and humanity have always evolved in the midst of conflict and hardship.

To understand the attraction to Gene's world you need to look back at the early days of Star Trek. The shows origins seem to originate out of a series of meetings begun in May of 1964. Originally conceived as a space western, a wagon train to the stars, Star Trek became so much more. Gene Roddenberry privately told friends that he was actually modeling it on Swift's Gulliver's Travels, intending each episode to act on two levels, first as a suspenseful adventure story, but also as a morality parable. The shows protagonists were essentially altruists whose ideals were sometimes only imperfectly applied to the dilemmas presented in the series. The conflicts and political dimensions of Star Trek formed allegories for contemporary cultural realities: Star Trek: The Original Series addressed issues of the day, race relations, the vietnam war, nuclear arms and the cold war.

Later versions of Star Trek in the 80's and 90's reflected issues of their respective eras. Issues depicted in the various series include war and peace, the value of personal loyalty, authoritarianism, imperialism, class warfare, economics, racism, religion, human rights, sexism and feminism, and the role of technology. Gene Roddenberry stated: "By creating a new world with new rules, I could make statements about sex, religion, Vietnam, politics, and intercontinental missiles. Indeed, we did make them on Star Trek: we were sending messages and fortunately they all got by the network."

Star Trek ranks as one of the most culturally influential television shows of all time and clearly the most influential science fiction TV show of all time. The original series, which aired on the NBC network from 1966 to 1969, had spawned four successor shows starting in the 1980s and ten movies. Countless toys, a publishing franchise that is in the top 5 of all time, and other products have been marketed by Paramount, the company that owns the Star Trek "franchise." But the show's cultural influence goes far beyond its ability to replicate itself and make money for its owners.

Measuring the cultural and social impact of a TV show or event is never easy. But there are numerous indications that Star Trek has had an influence on many peoples' lives. This can be seen in a variety of ways, from the inclusion in mass-market dictionaries of words and phrases originally invented for the show, to the testimonials of people who claim that their career and life choices were influenced by Star Trek. Star Trek was the first television series aimed at adults to tell sophisticated morality tales and to depict a paramilitary crew on a peaceful mission to explore the galaxy. At the time the show's special effects were superior to anything else then depicted on TV, its stories were often written by highly regarded science fiction authors, and many of its production values, particularly costuming, were extremely high, despite the relatively limited budget of a weekly TV series. Critics who call the show cheesy ignore the fact that by the standards of the day, Star Trek was quite advanced, and it effectively raised the bar, meaning that the science fiction television shows and movies that followed it had to meet its standards of quality and maturity in order to be taken seriously.

Roddenberry envisioned a multi-ethnic crew, including an African-American woman, a Scotsman, a Japanese American, and most notably, an alien, the half-Vulcan Mr. Spock. In the second season Roddenberry added a Russian crewmember at a time when the United States was engaged in a tense cold war with the Soviet Union. Blacks and women were also shown as scientists and doctors on the ship.

Star Trek featured the first multi-racial kiss on television, when Captain Kirk kissed his communications officer, Lieutenant Uhura. The multi-ethnic nature of the bridge crew as well as its positive message that humanity would survive and thrive among the stars is often credited by writers, fans, and historians for the show's broad appeal. As many fans later explained, Star Trek presented a positive image of the future at a time when the news was filled with stories of racism, social strife, and war. When many people wondered if the world would emerge intact from the Cold War, Star Trek depicted many different races working peacefully together several hundred years into the future. At its most basic level, Star Trek had a simple humanistic message: humanity will be okay.

Star Treks vision of the future was so compelling that the show defied conventional expectations and actually became more popular and reached a much broader audience after its cancellation than it had when it was originally shown on NBC. The strength of the fan based grew by leaps and bounds via the convention circuit and by 1976, following a fan-organized letter-writing campaign, NASA named its first Space Shuttle Orbiter Enterprise, after the starship in the show. The Enterprise was used in a number of flight tests, but NASA canceled plans to launch it into space because it was too heavy. NASA also employed actress Nichelle Nichols, who played communications officer Lieutenant Uhura, to try to recruit African-Americans and women to become astronauts. During her work on the show in the 1960s, Nichols had become frustrated at her relative lack of lines and was considering quitting. She was talked out of this decision by Reverend Martin Luther King, Jr., who told her that a show that depicted a black woman working alongside whites in a position of importance helped further the goal of racial equality.

In 1986, Roddenberry created a second TV show, Star Trek: The Next Generation. The new series had a less aggressive and more socially liberal message. The show drew a whole new generation to the show and influenced many people in scientific and engineering fields have stated that they were inspired by Star Trek, which they thought portrayed science and engineering in a positive light (although rarely accurately). Even physicist Stephen Hawking was a fan of the show. Although the original Star Trek series was occasionally sexist (women wore skimpy outfits and no woman was ever shown commanding a starship), many women have testified that they were positively influenced by the show's depiction of women scientists working alongside their male counterparts. Actress and comedian Whoopi Goldberg has said that seeing a black woman sitting on the bridge of a starship, and not working as a maid, made her believe as a young girl that she could be an actress with a real role. Mae Jamison, the first African-American woman to fly in space, has also said that she was deeply influenced by the show. Goldberg later played a regular on Star Trek: The Next Generation, and Jamison made a cameo appearance on the show.

Today I saw a whole new Star Trek and I am happy to say that the world Gene Roddenberry's has made it through almost five decades intact. His vision clearly has had a positive influence on society... Advances in race relations how ever large and small have occurred. The Country has elected its first black president Barack Obama who at a campaign event in Wyoming, said the following: "I grew up on Star Trek. I believe in the final frontier." Obama's clearly shows that he too has an optimistic view of the future as portrayed by the show. Advances in medicine and science are beginning to have profound effects in society and the world Gene Roddenberry created, no more accurately prophesied back in the mid 60's is ever more alive and real today.

So yes I know its fictional, and I am a fan, but I live in Gene Roddenberry's world and believe one day his vision will be reality.
Posted by Christopher Cushman at 6:15 PM